← more from
MoonJune Records
Get fresh music recommendations delivered to your inbox every Friday.

by The Wrong Object 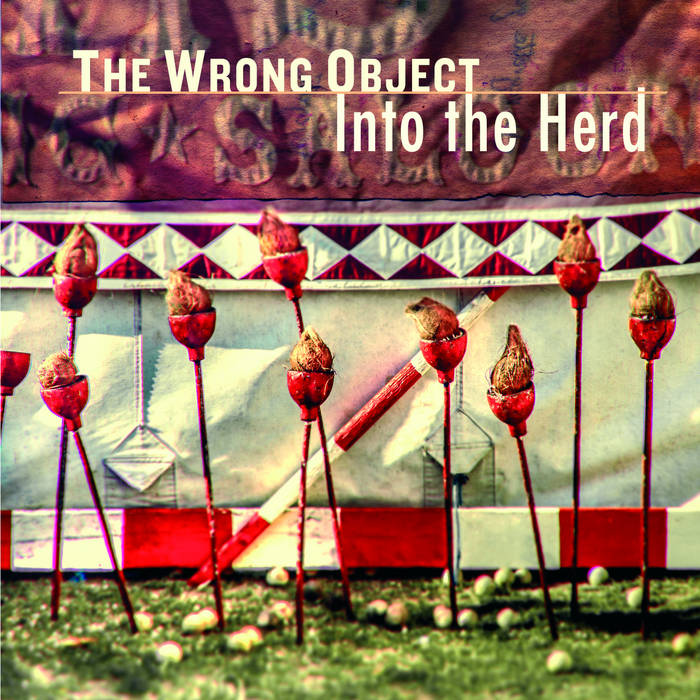 Peter Jones This is superb. As others have said, to date it's the best of wherever Michel Delville finds himself playing. Whilst you can hear the influences from Fripp and Zappa, it has its own direction.

Should have won awards.

gearmanx In my opinion, if you have to listen to one Michel Delville cd, this is it. Absolutely every track is a winner. This would be my desert island Wrong object cd. A must purchase.

Carsten Pieper More "progressive fusion" glory from Belgium. Not for the faint-hearted, for sure, but if music close to the edge of jazz and rock is your cup of tea, give this a try!
And yes, there definitely is a Zappa vibe present Favorite track: Ship Of Fools.

UK magazine Jazzwise has described Belgian sextet The Wrong Object as “adept at mixing Canterbury styled prog rock with Zappa-esque jazz fusion and Frippertronics to produce a beat that has elements of the past and the future thundering through it. [Their music] cleverly fuses all of these various musical elements together, expertly twisting various world music styles into the mix to produce a varied and unpredictable set of original material.”

With their new release, Into The Herd (Off/MoonJune), The Wrong Object make a return to center stage, with a studio album of original compositions showcasing a variety of fresh, powerful material. After 15 years of an existence marked by extensive touring, recording and numerous collaborations with international jazz and rock luminaries (Elton Dean, Harry Beckett, Annie Whitehead, Alex Maguire, Stanley Jason Zappa, Ed Mann, Robin Verheyen), The Wrong Object ventures further into hybrid musical territories, pushing the boundaries of progressive jazz, rock and contemporary music. Perhaps the influence of the late Frank Zappa has never been more apparent. The songs continually weave, duck, dart, and ‘stop on a dime’; while exhibiting the “controlled reckless abandon” and a similar zany, humorous approach to both harmony and melodic/thematic motifs, akin to that which characterized his work. This is a herculean effort; one that goes a long way in filling the very noticeable long-standing void left in the wake of Zappa’s departure.

Suppose you've a friend, who thinks jazz-rock an aberration and fusion noodling its inevitable nadir. Here's what you do. Strap them to a chair, put The Wrong Object on at full volume and leave them a few hours. If by then they still don't get it, find another friend. – Duncan Heining, Jazzwise

Belgium’s The Wrong Object is brimming with artful compositions and quirky guitar work. Originally a Zappa tribute band, guitarist Michel Delville and his colorful cohorts have pushed the quintet’s music far beyond homage status, into an oeuvre combining structural complexity with emotional authenticity, much as their mentor’s music did. – Barry Cleveland, Guitar Player

Artwork by Marc Atkins.
Off Records in association with MoonJune Records.

Little Brother joins the show to discuss their beautiful journey, plus tunes from Fat Tony